Dan Akerson, CEO and Chairman of General Motors gave a keynote speech entitled Leading Change in the London School Economics Public Event. The topic he spoke encompasses his experience concerning leadership and management in the face of crisis in both the economic and corporate level. He also shared his views on the current global economy, and how the LSE helped prepare him for his business success-he is an alumni of the institution. Dan Akerson joined the GM in July, 2009 as a member of the Board of Directors and has since then re-establish GM as one of the world’s largest automakers and a lynchpin of manufacturing after the company emerged from bankruptcy in July, 2009 during a period of deep global recession.

The main key points he gave in the event is the importance of challenging your own business model. Because if you do not challenge it you would have your competitors do that for you and inevitably you will be wiped out. General Motors was at the brink of bankruptcy until his team and him turned the whole business around and make it a success again. The importance of keeping GM alive and kicking again is such a crucial matter in helping the Motor City of Detroit alive. Without them people would not have any jobs, those people then would not be able to pay the mortgages, the bank would fell foul, credit would get squeezed, social problems would prop out and the problems would continue on and so on. Thus when they bailed out GM the whole city gradually revived.

He also recounts understanding your business model. Confusion to a business central mission will lead to downfall. GM is not without mercy when it did reach that point. They were, in core, in the motor car business. But when he looked onto its central portfolio of business, he saw so many of its predecessors acquiring multiple subsidiaries that engaged in industries which does not contribute to the whole system. For instance the cabling and telecommunications business. ‘How could that be helpful for a car business?’ the CEO said. So when he was appointed to the board the very first moment he did is to either cut off those business or to sell them to interested parties. The cash that comes with is then channelled towards investing in infrastructures, businesses, and personally that matter to the whole organisation.

Focusing in your unique business proposition is another matter which he highlighted. Around 2003-2005 they were rolling out varying degrees of cars. The engineering feat, manufacturing capability, and designs that comes with it varied from time to time. Occasionally this hurt their business. What comes to quality cars were now down to quantity. The brands were weak and as a result sales were not as good as it used to be. Dismantling the product portfolios and keying in those few cars that mattered were his key decisions that led to its eventual success. Out of 8-12 different type of cars, there were now at least 4. Daimler, Chrysler are one of those cars that has become such powerful brands especially in the UK and European markets. Alas giving quality and award winning cars is the key business proposition that made GM GM.

Finally to be receptive of change requires honesty, and in business honesty is not for the meek. At times one has to challenge the board and the established standard. In General Motors the established standard is extremely formidable. ‘The decision you make may not be popular but so long as you stay true to yourself and you do the right things the results will ensue and you will gain respect’ He continued ‘Popularity is nothing more than just a tool to ahead as a leader’ More like an egg shell but what makes the metal is respect. To gain respect is to give people the intended results that one has promised, not so much as being popular among the clan. He continued that without the level of honesty, GM would not be as it is today. The challenges that faced would not have been met and people would not be motivated to develop the business out of the rut. Thus honesty plays an important role in managing change.

The event was hosted and chaired by Professor Stuart Cordbridge of London School of Economics and Political Science. The LSE public event is renowned for inviting some of influential figures in the social sciences and business sphere namely Bill Gates, Aung Suu Kyi,  Ben Bernanke, and Nelson Mandela. 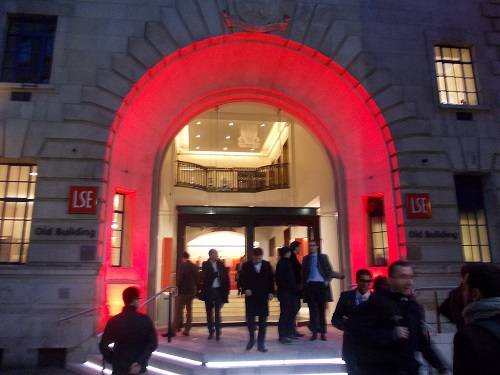 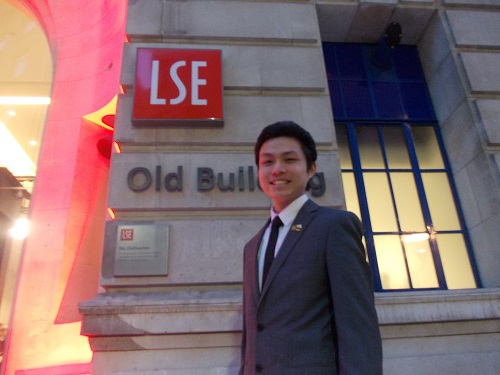 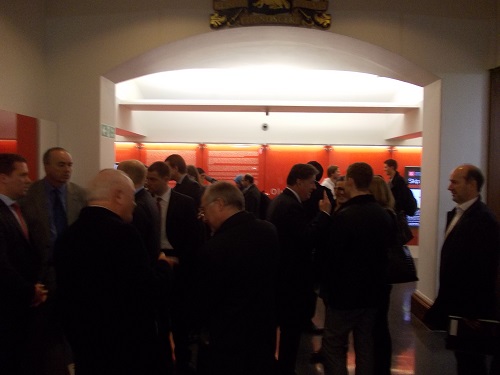 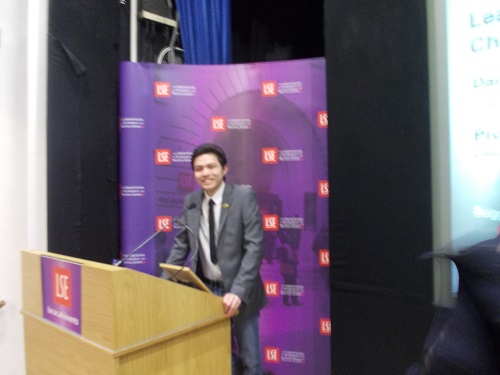 Check out the previous article concerning Bruneian youth activities and a google speaker series event which invited Jimmy Wales, Wikipidea Founder to speak of entrepreneurship. Subscribe today to The AMO Times by inserting the relevant information to the top right column!