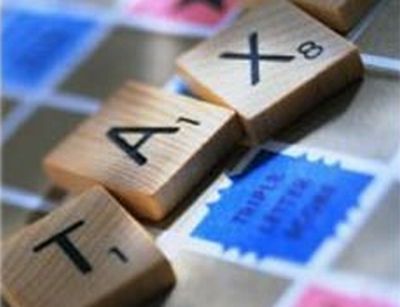 Awhile ago @BruneiTweet asked a few people about tax income for Brunei Darussalam. Thereby I will give my thoughts on the highly charged subject. Those who are unfamiliar with the Bruneian economy, take note that we don’t have personal income tax. Yes, we don’t. While other countries such as US pays say 20% in personal income tax we pay 0%. Mainly because we have enough oil reserve to supplement our national income. This is both a blessing for now and a curse for the future.

You may say that Brunei is striken with the Ditch Disease. Giving us this tremendous pressure to extend our industries beyond the black gold; which generate about 80% of the national revenue. Thus it is a race against time before the oil wells run dry. A Brunei Shell engineer disclosed to me in a one-off-comment that it will finish out within 35 years. I have no way of confirming this figure, but then it won’t take so much thought that by the next 2 decades or so the world would then be able to find an alternative for oil and gas. How would Brunei supplement its income then?

Thus in this article I will give my solutions to the issues we face in generating revenue. I will first outline the importance of income tax to an economy, the challenges of implementing it and finally the regulations Brunei should impose to fend of the evils of usury.

Firstly, income tax, it is a very controversial subject. It would shudder even the upper echelon society. People hate it. No one wants to give their own hard eared money to an institution. Yet it is one of the main generator of national revenue. For this article however I would only limit the subject within the boundaries of personal income tax, because here is where the most money will be made. Or else how can government generate enough money to initiate investments and expenditures after there’s no oil? Where’s the money then to pay its public servants, road, bridge, subsidies and hospitals etc?

Look at it at this way: A nation is like a corporation. It needs to make value and money lest it go broke. A corporation is always competing against others in getting the most money in return for goods exchanged. While at the same time taking care of the shareholders and stakeholders. The President/Prime Minister is the Chairman and the ministers, the board of directors. Enterprises as investors; The public, its customers. Bottom line here is that they have to make money by providing services that make monetary gain.

I don’t quite see that. Since over 70% of the national labour work for the government, it made one think, does this indicate an over-supply of labour? Is it really necessary? Should we downsize? Then would this settle the issue of foreigner workers competing jobs in the private sector? How about the bottle-necks in the organization? Shouldn’t the government kick ineffective people off their organization to make way for the skilled? If you own a business and hired a good-for-nothing worker, won’t it be logical that you kick them out?

But I want you to see the big picture: Can those 70% of government labour generate enough national revenue at their work now? Apparently not. I don’t see how they can make money by typing documents or holding sports activities. In terms of social value yes but in terms of profit, sadly no. In fact they are participating in increasing the rising expenses. Afterall who paid for their wage? Where does that money come from if not the black gold?

——PART 2 TO BE CONTINUED